There are some films that you can watch all over again and never get bored of. One of my favorite films is definitely a black and white classic “Chalk and cheese”.

The storyline is quite simple, almost like a film for children. A factory owner Bartoš was a very strict, stand-offish grump. Literally a bogey to all his employees. At least until his injury. One day he fell off a steep slope and wasn’t able to help himself. A climber Fábera found him and took him to his little house. He lived there with his daughter and two orphaned nephews. He was poor, but his household was very warm and welcomig. Bartoš spent few days with these loving people and changed his behaviour afterwards. Suddenly he became kind, he raised salary to his employees, started to visit regularly his new friend and his family, and became aware of many beautiful things in his life that he had’t seen before. Nevertheless, one day Bartoš found out that his nephew wants to marry Fábera’s daughter and his pride made her appearance once again... 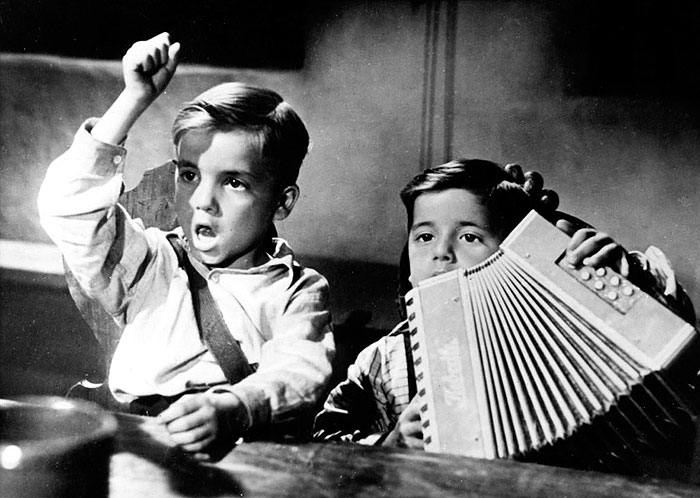 A beautifully optimistic film about a remedy of one grumpy man is definitely one of the best old films. After 70 years it still brings smile to your face, cosy atmosphere to the home and hopefully the better in us, same as in Bartoš. Once again, the acting performance of the protagonists Marvan and Plachta deserve to be highlighted. Marvan will make you laugh, Plachta will make you feel moved by his goodness and kindness.